Camel fighting persists in Pakistan despite ban……Culture or cruelty? 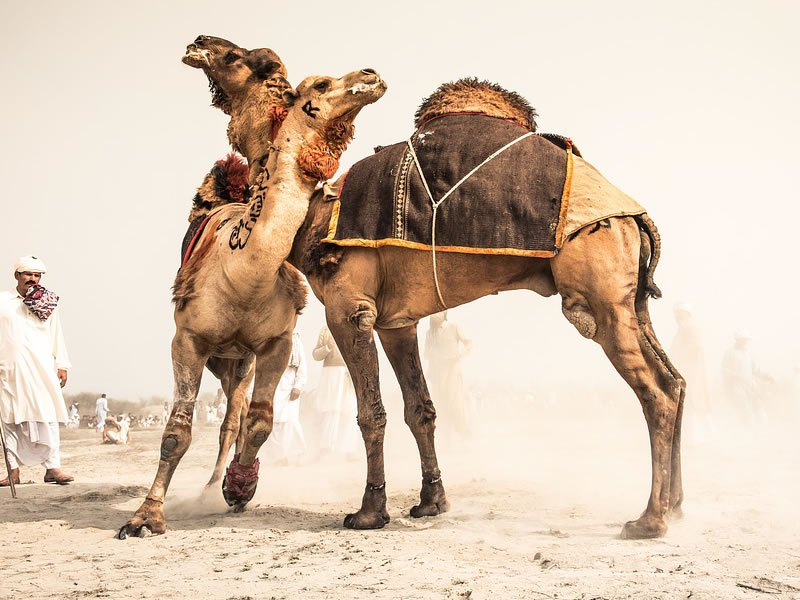 The crowd shout to the din of dhol drums and inch nearer to the animals as anticipation mounts ahead of the bout, which is part of a festival in the central city of Layyah.

Before the fight starts, the camels are stripped of their festive pom poms and bells.

Then the programs begin.

Animals wrestle with their necks and bite as they attempt to pin their adversary to the ground. There are howls of hurting and grunts.

“According to the Pakistani law , all animal fights are illegal,” said lawyer Abdul Ahad Shah of the Animal Welfare Organisation.

“It shows our culture,” stated local elder Muhammad Ali Jatoi.”People gather here, greet each other and forget the anxieties of life.”

Pakistan does little to enforce its bans on any type of animal fighting , though there are sporadic crackdowns.