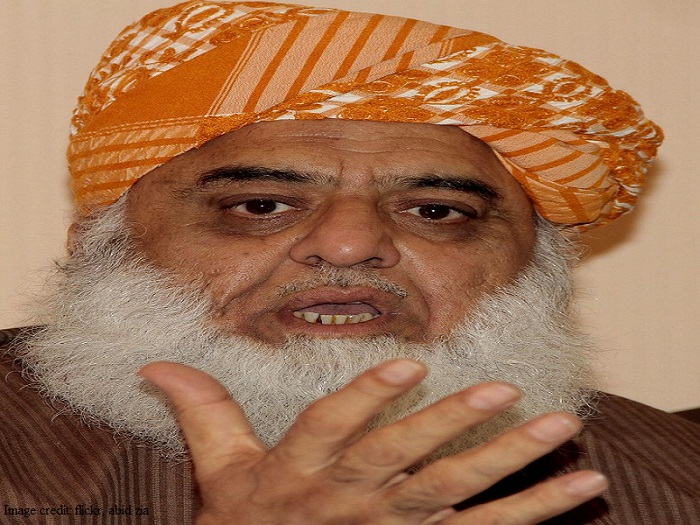 Maulana Fazlur Rehman, chief of his own ­faction of the Jamiat Ulema-i-Islam ( JUI-F), declared on Sunday his party would no longer tolerate what he called a puppet govt being run by Khalai Makhlooq ( aliens). Talking at an Eid reception at his home in Dera Ismail Khan, he declared if ‘jihad’ was permitted against a “puppet government” in a neighboring nation, how could 1 tolerate such a set-up at home.

The coverage was attended by JUI-F subscribers. The Maulana declared the JUI-F would quickly take to the roads against the “puppet government”, claiming that its action would be decisive. He pointed out a lot of million marches his party had organized in the past. Rejecting the Pakistan Tehreek-i-Insaf’s ( PTI ) slogan of modifying, the Maulana accused the party of dis­honouring country’s females by using them to the streets and providing a message of vandalism to the youth.

He criticized the PTI government’s functionality, claiming that its incorrect plans had snatched the livelihood of weak people and caused financial instability in the nation. The JUI-F chief declared all opposition parties had rejected results of the 2018 general elections after alleging massive rigging. Soon after the elections, a narrative was built for rejecting the election outcomes altogether and demanding a fresh poll in the nation. But, he added, the narrative had missing its effectiveness once the opposition parties had agreed to take the oath in the country and provincial assemblies.

He declared the JUI-F had suggested to opposition parties to keep on the struggle for a free and fair election and not take the oath, but unfortunately it did not happen. Expressing concern over the law and order situation in the nation, he declared terrorists were now regrouping. The state’s narrative for fighting terrorism had become outdated, he declared, adding that the govt required to prepare a new narrative based on facts for dealing with the problem of terrorism in the nation. How long Pakistan would keep on fighting a war at the behest of the United States, he asked, claiming that Americans were blackmailing the Pakistan govt to ­continue the fight against terrorism. He claimed that the US was just looking for reasons to justify its ­military presence in the Muslim world.

“How long will our state blackmail our own people for its strong handle and presence everywhere and continue this fight against terrorism,” he declared, stressing that people were sick of this outdated narrative about terrorism and the fight against ­terrorism. The JUI-F chief claimed that the 4th Plan was being utilized against religious seminaries and their students. Under a well-planned strategy, seminary students were being targeted, he declared and urged the govt to proper its direction. He said his party was loyal to the nation and wanted only what was best for it.