First-Ever Picture of a Black Hole 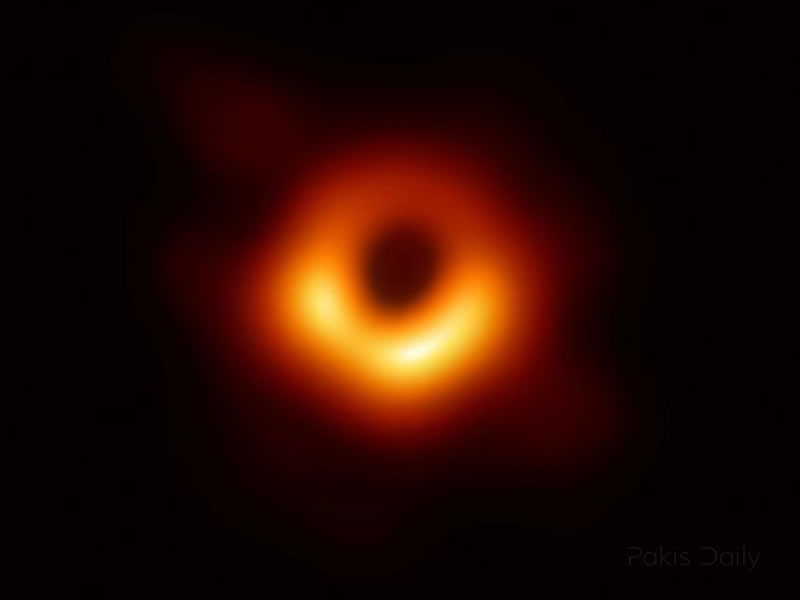 For the very first time ever, astronomers have photographed a black hole.The first picture of a black hole was just unveiled, and it’s being celebrated all over the world as a success of science and more proof of the great march of human progress.

Before we get too excited, look once again at the image. It’s stunning. It’s unique. But it’s not very detailed.

This massive void has a mass 6.5 billion times bigger than the sun and lies at the centr of Messier 87, a galaxy 55 million light-years away. That might clarify why the picture is sort of blurry.

A black hole is a region of space having a gravitational field so intense that no matter, light or radiation can escape from it. It’s one of the Universe’s most enigmatic structures, where all known physical laws break down. Leading EHT scientist Prof Heino Falcke remarked: “It feels like looking at the gates of hell; the end of space and time.”

We know that black holes get created when a large star has burned up all of its hydrogen.

Its relationship with the laws of gravity and their relation to other natural forces have consumed scientists for over a century, ever since Albert Einstein published his theory of relativity in 1915, explained Prof Gallagher, who helped develop Ireland’s radio telescope at Birr Castle in Co Offaly.

Every galaxy is widely seen as to harbour one of these gargantuan formations at its centre including the Milky Way. Initially, black holes were just one mathematical approach to Einstein’s equations. There was no guarantee they corresponded to real astronomical objects. Even Einstein was sceptical that they existed, he confirmed.

But all has changed. “Radio telescopes like EHT and indeed the I-LOFAR radio telescope at Birr Castle enables us to test Einstein’s theory of gravity at the most extreme locations in the universe.”

Astronaut Chris Hadfield happened to be in Dublin coinciding with the occasion and joined DIAS scientists in tuning in to the big reveal. He said it was “like filling in an enormous blank”, as ever since Einstein theorised about the presence of black holes they were the subject of intensive study.

The unseeable can now be seen.