Dust storm, rainy in many locations cause widespread damage to crops in Sindh 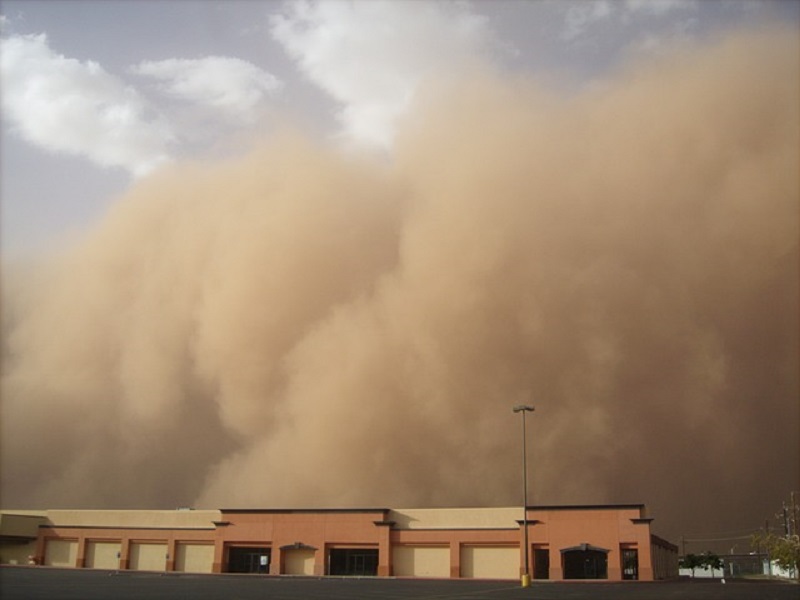 KARACHI: A dust storm joined with light rain swept through a number of locations of southern and upper Sindh on Thursday causing some casualties and widespread loss, besides trouble to commuters, pede­s­trians, and others. The dust storm hit Hyderabad at around 5 pm and continued to disrupt the schedule life and vehicular action for around 15 mins like visual appeal turned weak, though it brought a pleasant alternation in weather conditions as the temperature dropped considerably.

Gusty winds caused critical damage to the mango orchards in the district, according to growers. “The fruit is ripened and any shedding means monetary losses to growers, declared Mahmood Nawaz Shah, a mango grower.

SANGHAR 2 people were killed and scores of others damaged like dust storm hit Sanghar district on Thursday evening. It was followed by a spell of heavy rain. Hospital sources verified the arrival of 25 people with injuries of various nature they had sustained during the storm as gusty winds uprooted many trees and brought down billboards. In Islamabad Colony, a woman, Noor Bibi Mallah, was killed when the wall of a house was pulled down by powerful winds. In an additional storm-related incident, a man, Jameel Ahmed, missing his life in Panhwar Colony.

NAWABSHAH: Nawab­shah town and other towns and villages of Shaheed Benazirabad district on Thursday gained moderate rains followed by the dust storm. The rain brought down the temperature in the area, otherwise experiencing sizzling weather conditions.

NAUSHAHRO FEROZE: A number of moderate means of rain lashed Naushahro Feroze and several other towns including Kandiaro, Halani, Mehrabpur and Bhiria city turning weather pleasant. 25 persons, mos­tly infants, injured in a variety of incidents were taken to the Sanghar Civil Hospital from Chotiariyoon, Kot Nawab village and Chak 22 for treatment. Widespread trouble for homes and crops was caused by the storm in Tando Adam, Shahdadpur, Sinjhoro and some other parts of the district.

A lot of full-grown plants and electricity poles were uprooted in Nawabshah, Daur, Jam Sahab and other towns. Electricity went off in Nawabshah city soon after the storm hit and could not be restored till late in the evening as it continued to rain intermittently. Moderate to heavy spells of rain lashed a lot of cities of Umerkot and Shikarpur districts late on Thursday evening, private TV channels add. It was still raining when the final reports came in at around midnight, the reports suggested.