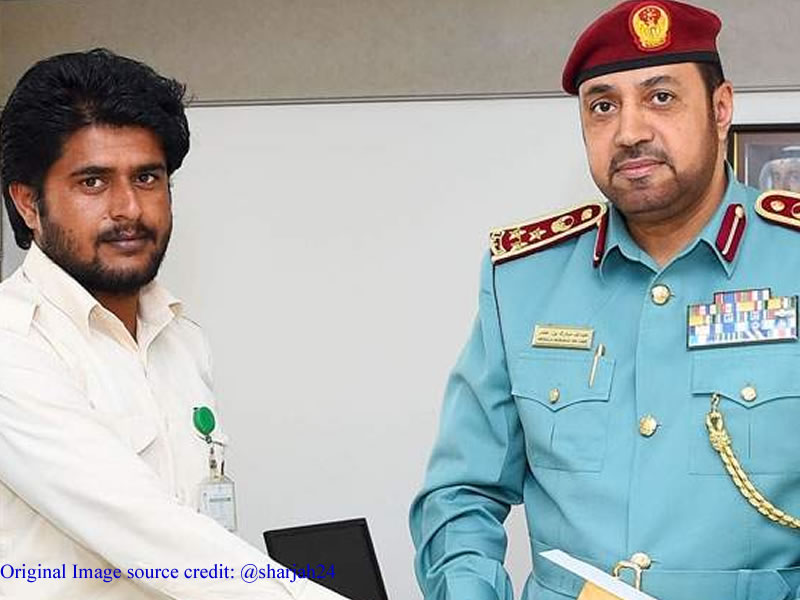 United Arab Emirates’ police honoured the Pakistani expat, Muzaffar Hussain Nathar, for informing them about a robber, who has been on the wanted list. Nathar followed the criminal until the police arrived at the scene and arrested him.

Sharjah Police shared the statement on Tuesday of the heroic act. The police also posted a photo of Brigadier Abdullah Mubarak Bin Amir, Deputy General Commander of Sharjah Police, handing over award. Brigadier Bin Amir applauded such vigilant and supportive on the part of society. “Such behavior represents the positive role of the society members,” Brigadier Amir said.

Nathar thanked the authorities for the honour and wished that his act would encourage to cooperate with police, which will eventually lead to creating a safer society.

On March 17, lauding heroics of a Pakistani man, who had embraced martyrdom after trying to stop the Christchurch shooter, Prime Minister Imran Khan had said his courage would be recognised with a national award.