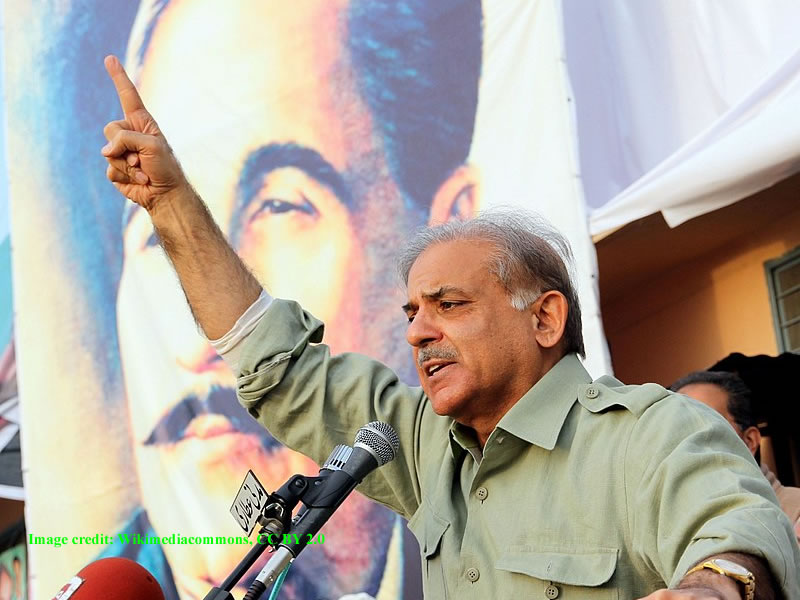 The father-son duo shown up before an accountability court in Lahore earlier today, where they were indicted in the Ramzan Sugar Mills corruption reference.

Both Shehbaz and Hamza pleaded not guilty to the charges.

The National Accountability Bureau in February had filed a reference against the 2 alleging that the former chief minister of Punjab misused his authority by using public funds for the construction of a bridge to help the Ramzan mills, owned by his sons.

The Lahore High Court on February 14 had permitted bail to Shehbaz in the Ashiana Iqbal Housing scheme and Ramzan Sugar Mills cases . The opposition leader was earlier indicted in the Ashiana scheme case .

Hamza was granted pre-arrest bail till April 17 by the LHC, which also constrained NAB from arresting him in cases regarding ownership of assets beyond means, until further notice.

NAB executed 2 successive raids on Friday and Saturday at PML-N President Sharif’s Model Town residence to arrest Hamza. A NAB team seeking Hamza’s arrest had a nearly five-hour-long standoff with his private security and party supporters, with the issue resolving only after the LHC restrained the watchdog from arresting Hamza and permitted him protective bail until April 8.