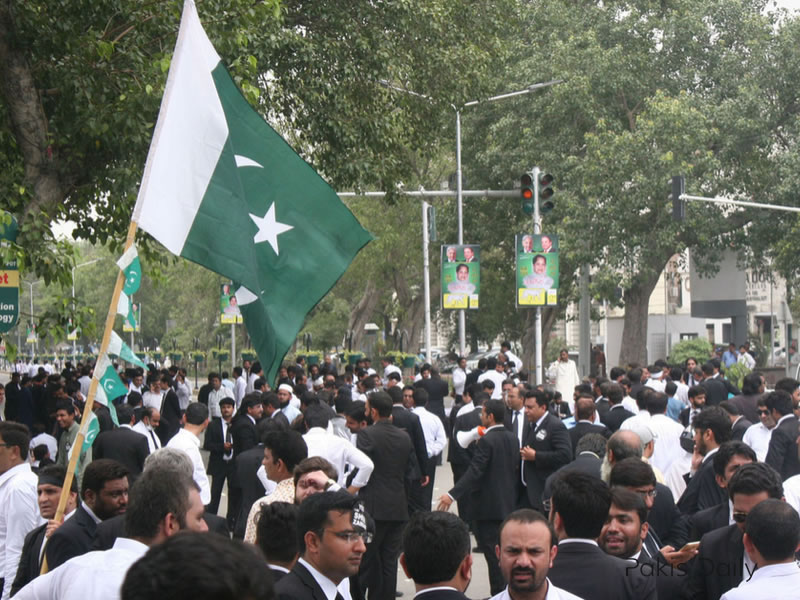 Punjab Chief Minister Usman Buzdar appeared before the Lahore High Court on Thursday, as it heard a notice given to Advocate General of Punjab Ahmad Awais for contempt of court over his conduct at the time of an announcement of an interim order on the joint investigation team formed to hold a fresh probe into the 2014 Model Town incident.

At the time of the hearing, Justice Muhammad Qasim Khan mentioned that the Advocate General of Punjab is a highly respectable post but an unfortunate incident had taken place.

CM Buzdar said the bench that Ahmad Awais had resigned as Advocate General of Punjab. “We committed many mistakes,” the chief minister acknowledged, adding that his father had recently passed away.

The hearing was adjourned till April 19.

Earlier today while listening to the case, Justice Malik Shahzad Ahmed Khan had remarked, “One of the biggest law officers in the province is standing like a suspect. He should be speaking about the supremacy of law.”

“The court has only issued a notice and not a show-cause notice,” the bench had clarified, at which Advocate Hamid Khan had said, “There is no contempt of court law today.”

Justice Aalia Neelum had mentioned, “There is a difference between freedom of expression and speaking loudly.”

Advocate Hamid Khan had then mentioned, “contempt of court should hardly be used in today’s day and age”. Justice Muhammad Qasim Khan had questioned, “What should happen if someone starts cursing?”

In response , Advocate Hamid Khan had said, “I will be grateful if you ignore it . Kindness does not mean weakness.”