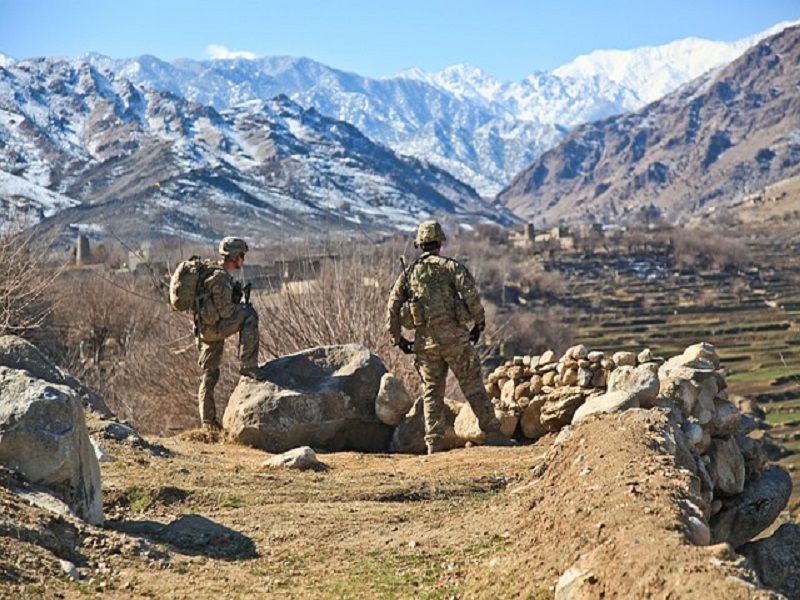 ISLAMABAD: Armed forces Chief Gen Qamar Bajwa talked about border maintenance and the Afghan reconciliation method with National Security Adviser of Afghanistan Hamdullah Mohib. “Mr. Hamdullah Mohib, National Security Adviser ( NSA ) of Afghanistan known as on General Qamar Javed Bajwa, Chief of Army Staff ( COAS). During the conference, matters relevant to mutual interest, peacefulness, and stability in the region, Pak-Afghan border managing and prospects for calm with specific emphasis on the reconciliation process in Afghanistan were talked about,” the Inter-Services Public Relations said in a statement on Wednesday.

The statement was granted a day after Mr. Mohib visited Rawalpindi on a daylong trip heading a delegation comprising Interior Minister Massoud Andarabi and other officials on the invitation of Gen Bajwa. Foreign Secretary Sohail Mahmood had reportedly attended the delegation-level talks in Rawalpindi. The visit precedes the likely visit by Afghan President Ashraf Ghani to Islamabad.

Mr. Ghani was invited for a visit when he phoned Prime Minister Imran Khan on May 5 for talking about ongoing calm efforts, protection, and bilateral financial cooperation. The Afghan president accepted the invitation for the visit during which he, based on officials, would “hold a comprehensive exchange of views on almost all problems of mutual interest”.

Mr. Mohib’s visit also marks a sort of resumption of high-level contacts between the 2 neighbors that had been virtually suspended since final November. The final major interaction was under the Afghanistan-Pakistan Action Plan for Calm and Solidarity forum when the 2 sides talked about the repatriation of Afghan refugees from Pakistan. The improvement took place amidst a deadlock in the ongoing talks between the United States and the Taliban in Doha. The talks are stalemated over the initiation of an intra-Afghan conversation and a reduction in violence. The Taliban are linking each problem to a timeframe for the withdrawal of foreign troops from Afghanistan.