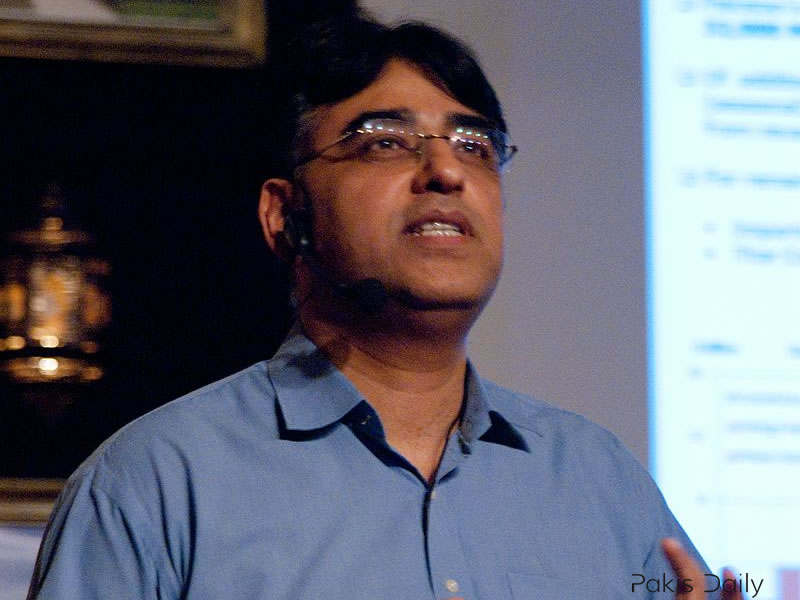 Finance Minister Asad Umar Wednesday conducted comprehensive meetings with high-level officials of the World Bank and the International Monetary Fund (IMF) on the sidelines of the Annual Spring Meetings.

At the time of his rounds of meetings the minister came across a journalist who inquired regarding the discussions he held with high-ups of IMF and treasury officials, Asad Umar, having lot of smile on his face, replied as saying: “Are you mad ? They wouldn’t let me land in Pakistan.”

The comments he made in a lighter mood do not show that who would not let him land in his own country if the minister unveils the crucial speaks he held with high-level officials of the World Bank and the International Monetary Fund.

Alternatively , he chaired a meeting with the people of the US-Pakistan Council to explore investment opportunities and prospects in Pakistan.

The Minister, before leaving Islamabad , had said the speaks with the IMF for a funding package was in their final stages. Separately, the global financial organisation released its World Economic Outlook that projected Pakistan’s development prospects at around 2.5 percent by 2024.